The Shields Gazette – How I Hid My Geordie Accent 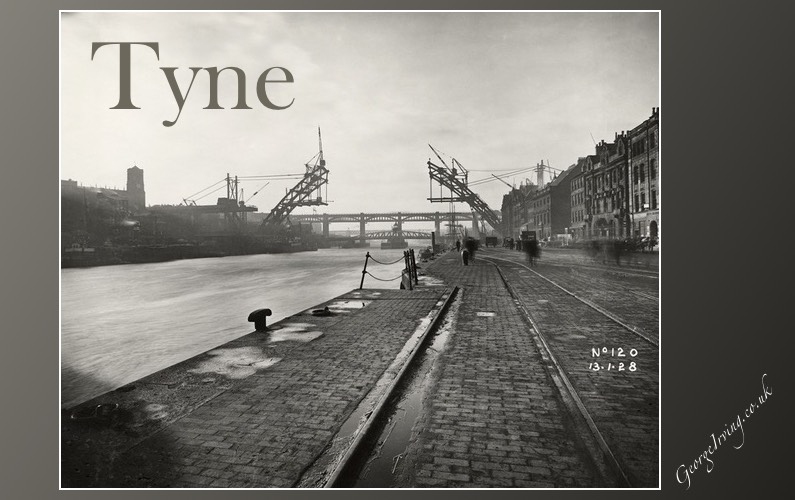 The Shields Gazette have a short interview with George as he prepares for his first appearance in Tyne opening tonight. 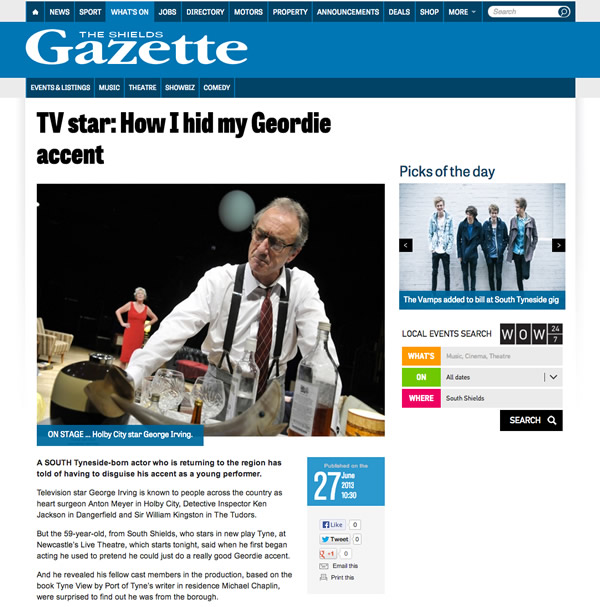 A SOUTH Tyneside-born actor who is returning to the region has told of having to disguise his accent as a young performer.

Television star George Irving is known to people across the country as heart surgeon Anton Meyer in Holby City, Detective Inspector Ken Jackson in Dangerfield and Sir William Kingston in The Tudors.

But the 59-year-old, from South Shields, who stars in new play Tyne, at Newcastle’s Live Theatre, which starts tonight, said when he first began acting he used to pretend he could just do a really good Geordie accent.

And he revealed his fellow cast members in the production, based on the book Tyne View by Port of Tyne’s writer in residence Michael Chaplin, were surprised to find out he was from the borough.

Irving said: “A lot of the cast have been saying, ‘How come we don’t know you as a Geordie actor?’

“In the 60s, when my generation were deciding they wanted to do this job, you didn’t tell anybody.

“The idea a Geordie could become an actor was ridiculous.

“So, rather than becoming known as a Geordie actor, I became known as an actor who could do a really good Geordie accent, among other things.”

Irving left South Shields in 1970 for university and now lives in London with his director wife Jan Sargent but says his roots are in the north. He said:

“I’ve got a lot of family in Shields. “Both of my parents were from big families so I’ve got lots of cousins.”

The new play maps the history, atmosphere and soul of the River Tyne and dramatises extracts from Michael Chaplin’s book, which are woven together with stories from famous North East writers, including the late Alan Plater, from Jarrow.

The story follows siblings Mark and Kate, who trace their father’s story and life along the river edge.

Also starring in the play is Victoria Elliott, who played Denise in sitcom Hebburn.

Andrew Moffat, Port of Tyne, chief executive officer, said: “When Michael first became our writer-in-residence back in 2009, he uncovered a whole host of stories past and present evoking the passion and importance of the River Tyne in our collective history and future.”

“He always suggested it was the basis for a play. I am delighted that the Port of Tyne has continued to support the residency and to see this exciting new play come to fruition.”

Tyne starts tonight and runs until July 20. Tickets are between £5 and £22 and can be booked by calling Live Theatre’s box office on 232 1232 or by visiting www.live.org.uk.