You’re appearing in The Best Man. What’s it about?

It’s a two-part “psychodrama” and thriller about two young men who, 20 years earlier, formed a very unhealthy symbiotic relationship where they covered for each other in some pretty dodgy circumstances. And we don’t know what those circumstances are. My character is a policeman called John Miller. We get to see what happened to him 20 years ago when he was a career copper. Now he’s a bit of an outsider and, through the film, we piece together how he went from what he was then to how he is now. That’s what made it interesting for me – his backstory is played out on screen. 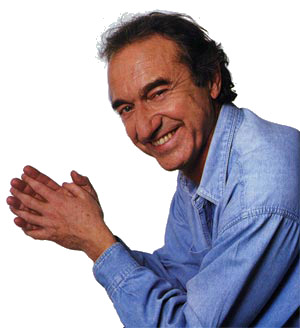 From what I’ve seen, he seems to smoke lots of fags in slow motion.

Oh really? Actually, for this character it’s really important: he’s an addict. It’s the way he deals with his demons and his demons are … considerable.

Miller’s not exactly a bundle of laughs, and Meyer (who you played so memorably in Holby City) wasn’t overly jocular either. When was the last time you smiled on screen?

Meyer did smile once – halfway through episode two. I remember it vividly. There will be some anorak who will know this.

There will be several of them now.

It was the day Mike Barrett [Clive Mantle] came back – they had an exchange in the locker room, and that was the only time he smiled in four years. He’s not a character who gave a toss what anybody thought. he didn’t seek to ameliorate conversation between people and therefore smiling was completely extraneous. He didn’t even look at his subordinates, let alone smile at them. People probably wouldn’t know who I was if I smiled. We don’t see Miller’s teeth, either.

You’re remembered fondly from Holby City, but since an episode of Dalziel and Pascoe last year, we haven’t seen you on our screens. Where have you been?

I made a decision before I left Holby that a constant presence on screen wasn’t the most important thing. I suppose I’ve been selective about what I do, and I’d like to do more, but it’s a quality of life thing as much as anything – I really want to do stuff that I know I’m going to enjoy. I’ve spent a bit of time doing other things with my life as well – walking in mountains, for example. I’ve just come back from Nepal, where I did a four-week trek. I’ve visited Everest.

Wow! The bottom or the top?

I stress the word ‘visited’. We got to 1000ft above base camp, which is 18,000ft. There’s something about that which is incredibly life-enhancing and gives you a good perspective, if you like.

When you played Meyer, you were the "Sexiest Man on TV". Were you pestered by adoring housewives?

Nahh. I got one or two dodgy letters …

There is a lunatic fringe to everything, but I’d be exaggerating if I said there was a particular clamour that I was aware of.

After playing a character like Meyer, how do you stop people always comparing back?

Someone once said that if you do something like that, it takes as long for the memory to fade as you were involved in the programme. He was such a powerful character; I do think there must be people who only see me in that way. It also determines the choices of what I’ve done since. I’ve been sent scripts with characters who were just too close to Meyer – but not as interesting. There wouldn’t be any point in doing that just to keep my face on the screen.

One final question: actually it’s a heartfelt plea. please, please come back to Holby City. Everyone loved Meyer and it’s not as good without you.

I do get asked all the time. But I don’t know whether you can go back …

It never stopped anyone in Eastenders …

I don’t know – my feeling is that Meyer was of his time. he’s the kind of character that belongs at the launch of series like Holby and I think that’s where he should remain. The memory of Meyer is important to me and I want it to stay as it is.