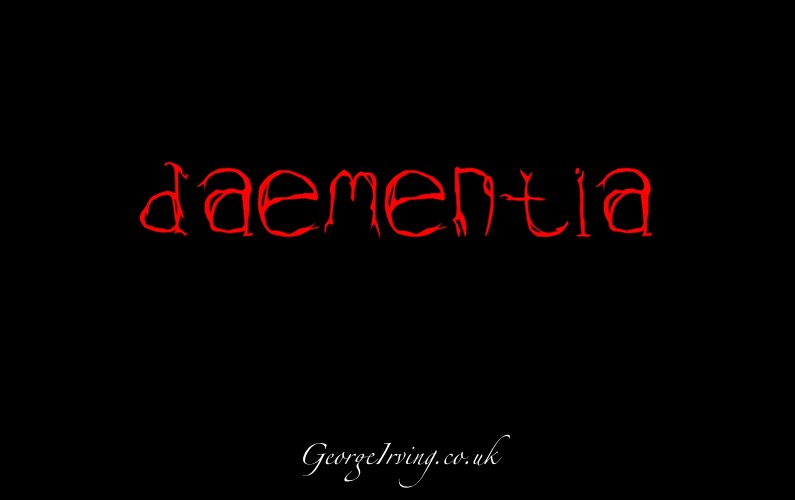 George is to star in Daementia, directed by John Rackham, based on the one act play written by Philip L. Milne.

“For nearly a thousand years there have been, across Europe, ritualistic sacrifices with the victims being children and teenagers. Five years ago, a boy named Eric Frasier witnessed one of these sacrifices and the experience has driven him insane. He is now resident in a psychiatric home in a district where similar killings have suddenly become increasingly common. The investigation into the recent murders is being headed by DI Gabriel, assisted by DS Monroe, who has been looking into the pseudo-religious background of the sacrifices. They learn of Eric Frasier and a seemingly coincidental link between the recent murders and Eric’s psychotic episodes. Despite Dr Holmwood’s insistence that Eric’s behaviour could not possibly be linked to any of the murders, other than the one he witnessed, Gabriel reluctantly allows Monroe to investigate along those lines. Even in the face of overwhelming evidence, the detective constable refuses to believe that any of the suspects are guilty and instead starts hunting down a man that no-one else can see.” Written by Philip L Milne – IMDB